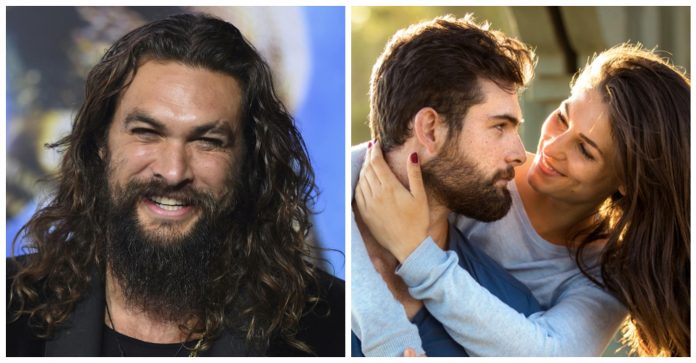 Women are drawn to men with beards because they are a sign of masculine prowess, a study has found.

Those attracted to men with beards see them as a sign of physical and social dominance, but those opposed to them are repelled by worries they might contain lice or fleas. Fears of parasites and pests were highest among the women adamant on clean-shaven faces.

The findings come from interviews with 1,000 women aged between 16 and 70, who were presented with 30 photos of three men as participants were asked to judge the men’s worthiness as partners on a scale of zero to 100 and facial hair fared better overall – even proving to be an asset to men.

Men with full beards and strong jawlines and cheek bones were viewed as most attractive for both short and long term relationships. They placed facial masculinity above more feminine faces. Researchers at the University of Queensland, led by PhD student Tessa Clarkson, said this could be seen as a sign of dominance, and that bold facial features can mask unattractive ones.

In previous studies, men with beards have shown higher levels of serum testosterone, fuelling a higher social dominance, MailOnline reported.
The women were also shown pictures of parasites including ticks and lice, and rated how much they feared, avoided and disliked them. Those with a greater “disgust of pathogens” were more likely to prefer beards, suggesting they are viewed as clean.

However, no evidence suggests facial hair is linked to health or diseases. Others saw beards as a sign of bad grooming habits, which could arise from an evolutionary fear that facial hair brings diseases, the researchers said.

The study, published in the Royal Society Open Science, also asked women to rate disgust at “immoral behaviour”, such as cheating on a partner and crime, and “disgust of sex”.
Those with more traditional attitudes on immorality and sex preferred men with beards, suggesting their masculine traits go far.

FG confident Nigeria will get fair share of COVID-19 vaccines