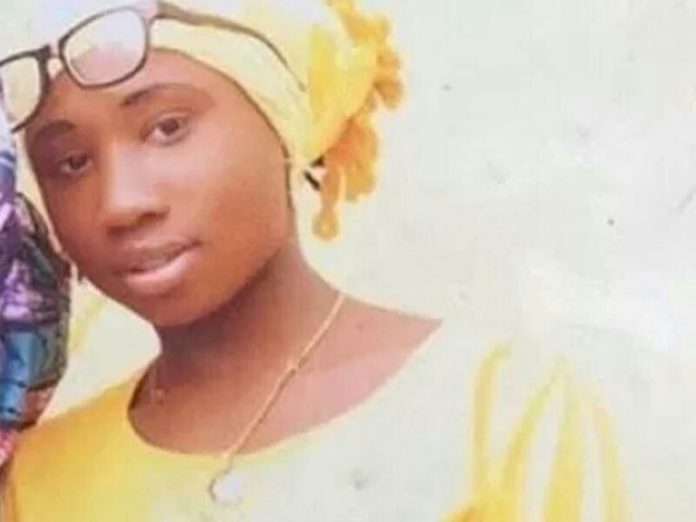 An aid worker from Plateau State, Miss Jennifer Ukambong, who was released on Thursday after staying nearly one month in Boko Haram captivity, said Leah Sharibu is somewhere close to Lake Chad.

The 22-year-old nurse who returned to Jos on Saturday amidst celebration by parents, well-wishers and fellow nurses who gathered at her residence in Bukuru, Ukambong also said although the terrorists were ruthlessness, they were somehow kind to her and her fellow abductees
Ukambong said, “They ( Boko Haram) told us it was against the Qur’an to forcefully touch a woman not legally married to you. They, however, tried to prepare our minds to expect such should they decide to keep us as slaves. According to them, the Qur’an gives them the right to such privileges when they take a hostage as slave.”

Ukambong also said Mrs Alice Ngaddah, Miss Grace Taku and Leah Sharibu who were abducted at various times by the terrorists were all “doing fine in the forest.”

Ngaddah, a United Nations Children’s Fund medical worker, was abducted in 2018 by Boko Haram in Rann community in Borno State. She was abducted along with other victims after the insurgents attacked the town on March 1, 2018, killing at least four soldiers, policemen and three humanitarian workers.

Leah was the only Christian among the 110 Dapchi schoolgirls kidnapped from Yobe State by Boko Haram on February 19, 2018. Ukambong who said she went to Ngaddah’s house twice in the forest insisted that both she and Leah were not dead.

She said, “Alice, in fact, told us that she (Leah Sharibu) is fatter than she was when she was abducted. We went to her house (in the forest) twice.Yes, she (Sharibu) has a house there…I don’t know the location but they say it is close to Lake Chad,” said the midwife-nurse when probed further.

“She told us to pray for her and the other two, that she has left everything to God,” said Ukambong. She also disclosed that Alice’s name had been changed to Halima by the terrorist.

I will appeal the judgement against my client, says Metuh’s lawyer

Don’t take up arms against anybody no matter the provocation, Sultan tells Muslims