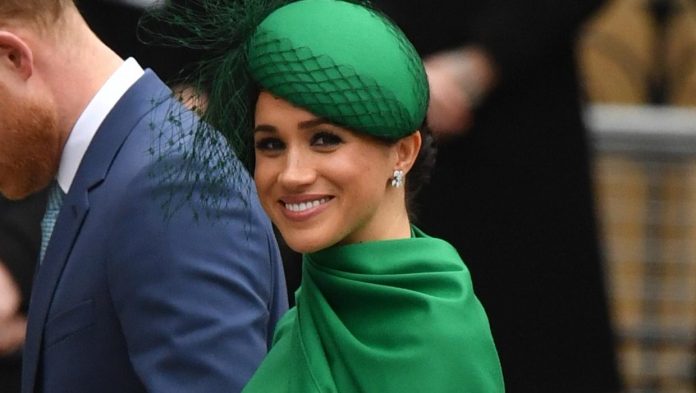 Actress, Meghan Markle is set for her first post-royal role – narrating a documentary for Disney.

The news was announced by the studio in a tweet on Thursday and later confirmed in a short statement from Buckingham Palace.

The film, called Elephant, will be available on streaming service Disney+ from 3 April.

The documentary is being released just three days after Meghan and Prince Harry officially quit as senior royals.

The duchess of Sussex was a successful actress, best known for her role as Rachel Zane in Suits, before joining the Royal Family.

Recall that Harry was filmed revealing his wife’s interest in being involved in a Disney project at the London premiere of the Lion King, July last year.

The Times previously reported that Meghan had agreed a voiceover deal with Disney, which will make a donation to Elephants Without Borders, a wildlife charity supported by Harry.

Meghan and Harry will walk away from the monarchy for a life of personal and financial freedom next Tuesday and will no longer be able to use their HRH styles or use Sussex Royal as their brand.