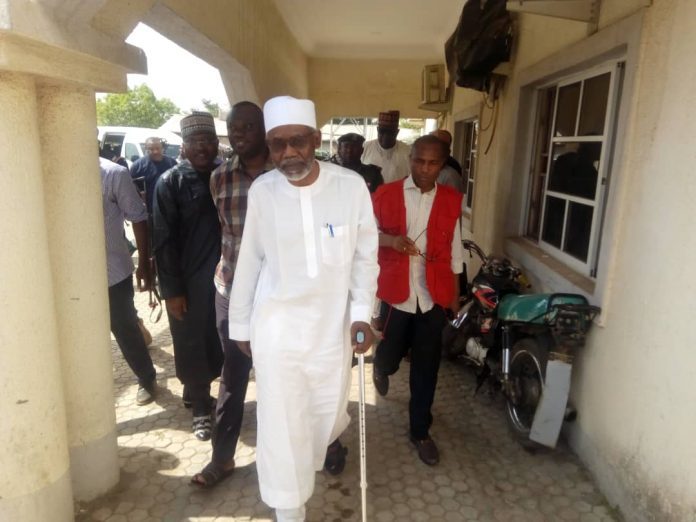 The Economic and Financial Crimes Commission on Monday arraigned the immediate-past Attorney-General of the Federation and Minister of Justice, Mohammed Adoke (SAN), on fresh money laundering charges.

Adoke was arraigned alongside Aliyu Abubakar as both men are standing trial alongside others at the High Court of the Federal Capital Territory in Gwagwalada, Abuja, in respect of the Malabu Oil scam.

They pleaded not guilty to the fresh seven counts read to them before Justice Binta Nyako at the Federal High Court in Abuja on Monday.

The EFCC alleged that the defendants, about September 2013, made payments in naira and dollar which equivalent was about N900m into Adoke’s accounts in violation of various provisions of the Money Laundering (Prohibition) Act.

After the defendants took their pleas, the prosecuting counsel, Mr. Bala Sanga, urged the court to remand them in EFCC custody pending when their bail applications would be heard and determined.

But responding, Adoke’s legal team led by Chief Kanu Agabi (SAN), who is also a former AGF, as well as Abubakar’s defence team led by Chief Wole Olanipekun (SAN), informed the court that they had filed separate applications for the bail of their clients.

Sanga confirmed that he had received the applications and had filed counters affidavits in opposition to them.

Adoke’s bail application is already being argued by another senior member of his defence team, Chief Mike Ozekhome (SAN), as of the time of filing this report.

Third Mainland Bridge phase one rehabilitation to be completed October