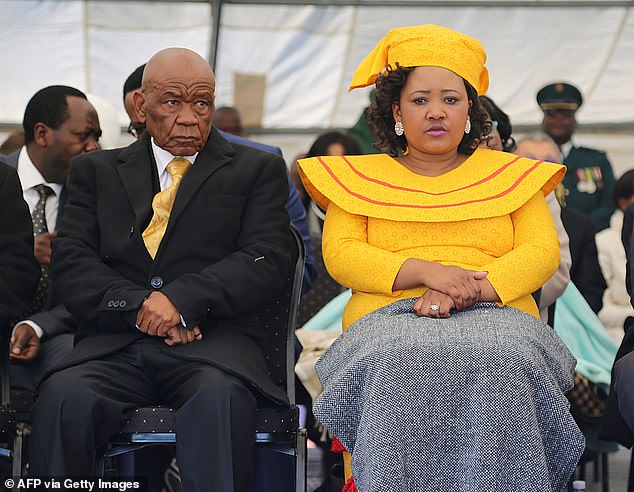 Police in Lesotho are appealing for help to trace Prime Minister Thomas Thabane’s current wife who they want to question over the 2017 murder of his then-estranged wife.

Maesaiah Thabane has not been charged, but police want to speak to her about Lipolelo Thabane’s killing, a government spokesman told the BBC.

The prime minister has also failed to answer police questions, he added.

The couple have not yet commented on a case that has caused much intrigue.

Lipolelo Thabane was shot dead two days before Mr. Thabane was sworn in as prime minister of the mountain kingdom.

The women were involved in a legal battle over who should be the first lady, with the courts ruling in favour of Lipolelo Thabane, who was gunned down outside her home near the capital, Maseru.

Both the prime minister and his wife are persons of interest to police investigating the murder, reports the BBC’s Pumza Fihlani from neighbouring South Africa. The governing party and the opposition have demanded Mr. Thabane’s resignation.

Police visited the couple’s home on Friday to look for Maesaiah Thabane, but she was not present. She was “still at large” and, if necessary, police would ask Interpol for help to arrest her, government spokesman Nthakeng Selinyane told BBC Focus on Africa.

The prime minister had also been invited by the police to “explain the apparent usage of his mobile [phone] handset in communication with persons who were at the [murder] scene,” Mr. Selinyane said.

“He has not come forward,” the government spokesman added.

He made the allegation in court documents challenging the prime minister’s attempts to remove him from office.

Delta: How family of seven were burnt to death in auto crash