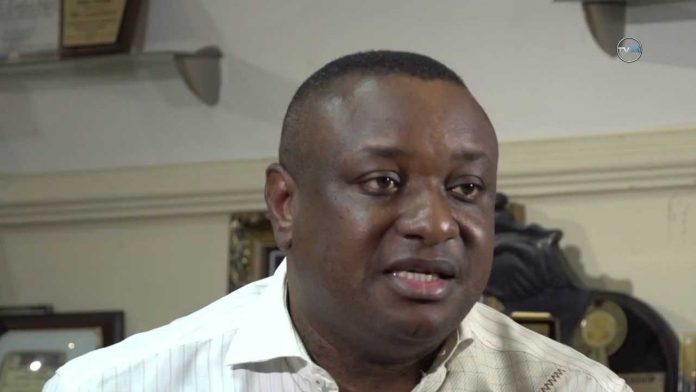 The Minister of State, Labour & Employment, Festus Keyamo, SAN, has described the victory of Hope Uzodinma at the Supreme Court as “judicial neutrality at its very best,” adding that it was necessary to mention it before bad losers begin to cry foul & change the narrative.

Keyamo made this known on Tuesday shortly after a seven-man panel of the Supreme Court led by the Chief Justice of Nigeria, Tanko Muhammad, unanimously declared Hope Uzodinma as the winner of the March 9, 2019, governorship election and the validly elected governor of the state.

He tweeted, “The same revered & exalted Supreme Court of Nigeria that nullified APC’s victory in Zamfara State has affirmed the victory of APC in Imo State. That is judicial neutrality at its VERY BEST. I quickly dropped this here before our usual bad losers begin to cry foul & change the narrative.”

The PUNCH reports that the Supreme Court on Tuesday voided the election of Emeka Ihedioha as the governor of Imo State.

A seven-man panel of the apex court including Justice Kudirat Kekere-Ekun, who read the lead judgment, ordered that the certificate of return issued to Ihedioha be immediately withdrawn.

Kekere-Ekun directed that a fresh certificate of return should be issued to Uzodinma, adding that he must be immediately sworn in as the Governor of Imo State.

Woman, 107, says secret to long life is never getting married

US place New Travel Ban On Nigeria, Five Other Countries