Just a year after the United States pulled out of the 2015 Iran Nuclear Deal, a commander in Iran’s elite Revolutionary Guards, Hossein Nejat, said on Tuesday that the U.S. regional bases are in range of Iranian missiles.

“American bases are within the range of our missiles … Our missiles will destroy their aircraft carriers if they make a mistake.

“‘Americans are very well aware of the consequences of a military confrontation with Iran”, he said.

The threat comes amid weeks of heightened tensions with Iran. A Ukrainian tanker carrying Iranian oil was seized by US-backed Egypt in the Suez Canal ten days ago, it emerged yesterday.

Last month President Donald Trump called off air strikes last month after a U.S. drown was shot down over the Strait of Hormuz.

The U.S. claimed the drone was flying in international airspace, while Iran said the aircraft had entered its territory.

The confrontation has brought the United States and Iran close to the brink of conflict.
However such threats put new pressure on European countries, which insist Iran must continue to comply with the nuclear weapons agreement even though the United States is no longer doing so. 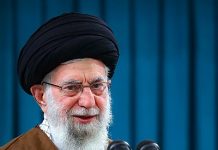 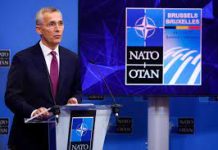 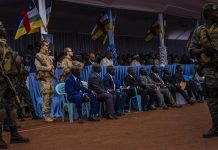