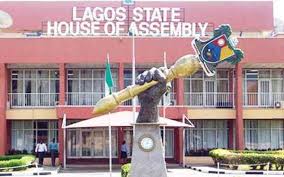 Lagos State House of Assembly has committed to making laws that will facilitate speedy dispensation of justice for gender-based violence.

This was made known on Wednesday at the Assembly at a public hearing on “A Bill for a law to provide for the Lagos State Domestic and Sexual Violence Agency, the establishment of the sex offenders register and for other connected purposes”.

Speaker Mudashiru Obasa condemned gender-based violence, noting that it is counter-productive and at variance with sanctity of life.

The Speaker, represented by his deputy, Wasiu Sanni-Eshinlokun, said: “It is unfortunate that domestic violence is on the rise. The issue is anti-thetical to sanctity of life.”

In his overview of the Bill, the Majority Leader, Sanai Agunbiade, said the purpose of the Bill was to regulate the activities of sexual violence and restore sanity at homes.

He added that Section 3 of the Bill deals with establishment of an agency that will ensure that the objectives of the law are realised.

According to him, Section 17 deals with establishment of sex offenders’ register in Lagos State.

The register shall bear the record of sex convicts in Lagos State and shall be maintained by the Domestic and Sexual Violence Agency.

Makinde ready to donate his blood for research on COVID-19

Football Lifeban: I am innocent of Fifa claims – Siasia