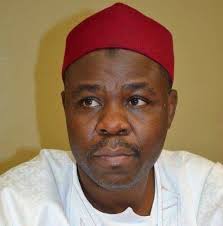 A few days after the Supreme Court affirmed the election of Abdullahi Ganduje as governor of Kano and dismissed the appeal filed by the PDP and its candidate, Abba Yusuf, the Kano State chairman of the Peoples Democratic Party, PDP, Rabiu Sulaiman Bichi, dumped his longtime political associate, Rabiu Kwankwaso.

DAILY NIGERIAN reliably gathered that Mr Bichi, who served as Secretary to Kano State Government between 2011 and 2016, will formally announce his decision to join the ruling All Progressives Congress, APC, alongside his supporters on Wednesday afternoon.

Mr Bichi had also served as managing director of Kano Urban Planning and Development Authority, KNUPDA and later commissioner during Mr Kwankwaso’s first term in office between 1999 and 2003.

Sources close to the party chairman said he took the decision to leave the party long before the judgment of the Supreme Court.

“The decision of Rabiu Sulaiman Bichi was not related to the outcome of the Supreme Court judgement. It was purely based on principles and personal conviction,” a close political associate who preferred not to be named said.

“In the affairs of Kwankwasiyya, Rabiu Bichi has been lately rendered irrelevant, ostracised and sidelined from the decision-making of the Kwankwasiyya movement. Despite his commitment to the cause, he was looked down upon as a saboteur.”

This is the latest crack in the Kwankwasiyya movement since the exit of former deputy governor Hafiz Abubakar; former managing director of NPA, Aminu Dabo, among others in the runup to the 2019 general elections.