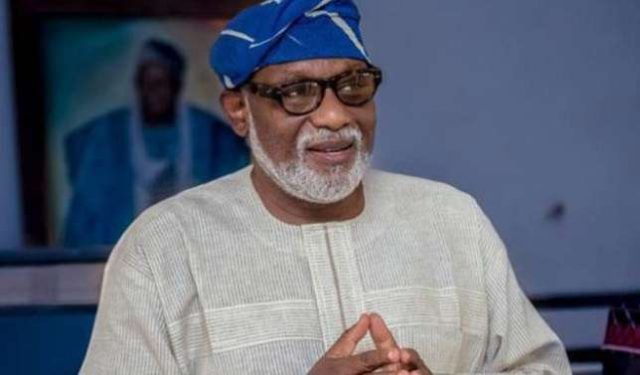 The Governor of Ondo State, Mr Rotimi Akeredolu, on Tuesday, alleged that some Yoruba leaders in the South-West were behind the Miyetti Allah in opposing the newly launched Operation Amotekun in the region.

The Secretary of the Miyetti Allah, Saleh Alhassan, had on Channels Television, on Tuesday, criticized the South-West governors on the creation of Operation Amotekun.

The governor spoke through his Special Assistant on Media and Publicity, Mr Ojo Oyewamide. He said, “Rather than throwing same stones the arrogant miscreant threw at the governors, we will rather put the blame on those internal collaborators whose parochial political pursuits have beclouded their sense of tomorrow.

“Yes, the possibility of an outburst as such can only be seen when a serving senator (from South West), because of his political ambition, would rather demonize Amotekun than support the scheme.

“Is it not curious that it was shortly after a supposed senator whose immediate environment is the most affected by insecurity pummeled Amotekun that the federal Attorney-General came out that same evening to issue a statement?

“These are the internal collaborators whose vested interest is to sell the South-West out. However, we must emphasize that our unity and cohesion as a nation are two cherished features that we can’t afford to undermine.”

Akeredolu reiterated that Operation Amotekun had come to stay and “all legal means will be deployed to achieve same without necessarily affecting our oneness as a nation. Like others elsewhere, Amotekun remains complimentary; it is not a regional force”.

$1b set aside for Ogoni cleanup – NOSDRA