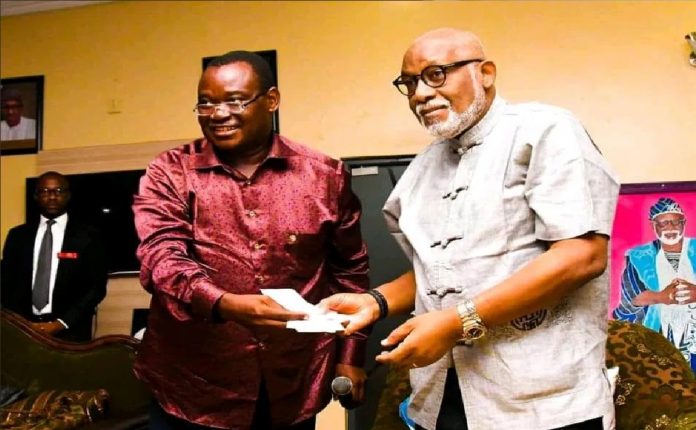 A former chieftain of the Peoples Democratic Party (PDP) Dr. Jimoh Ibrahim has pledged to cause the demise of the Ondo State branch of the party.

Ibrahim who has defected to the All Progressive Congress stated that the strategy he used to revive the PDP from death would be deployed to destroy the party in the October 10, governorship election.

The business mogul, who spoke when he officially joined the APC at Igbotako, Okitipupa local government area, said the PDP and its candidate, Eyitato Jegede, would lose the election even if they spend all resources at their disposal.

His words: ”I do not want to sound proud but I revived PDP in this state. I know how I revived the party and I am going to use the same strategy to kill the PDP.

“I have received the broom from our party chairman here. This night, I will do something. I will give the PDP its poison. I know how I revived the party. I will poison the party to death again.