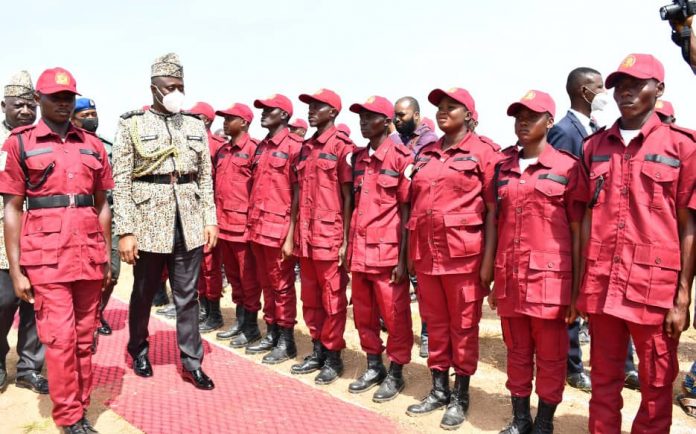 Ehindero spoke on Monday at the Community Policing Sensitisation and Awareness Campaign held in Abeokuta, the Ogun State capital.

He noted it was unconstitutional for either Amotekun corps or special constables trained for community policing to carry fire arms.

He advised them to strictly adhere to the countrys constitution that forbade them from bearing fire-arm in the course of their operations.

Ehindero, who headed the force from 2005 to 2007, said men of Amotekun should not be hasty to bear arms, appealing to them to exercise patience until the constitution was amended.

Ehindero said, ” They are not allowed by the law to carry fire arms. They should key into community policing and give their own information. When Amotekun is launched, they will collaborate and cooperate with the police and they will bring intelligence.”

Just in: Trump push for $1 trillion stimulus as US records coronavirus over 100...