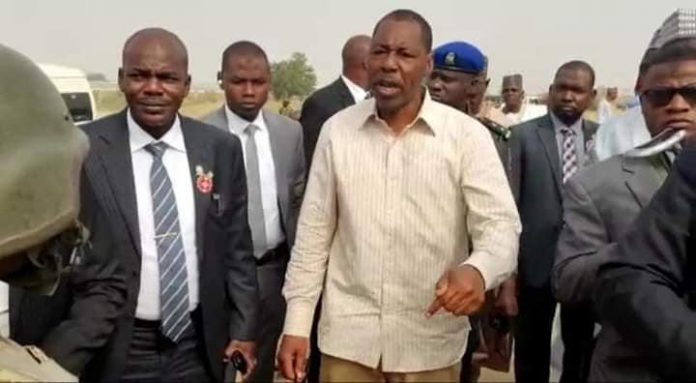 Borno State Governor, Babagana Zulum, on Monday expressed displeasure with personnel of the military and the police for allegedly extorting travellers on the Maiduguri-Damaturu Expressway.

Governor Zulum made the allegation on Monday during a visit to the highway in the north-eastern region of the country.

It was gathered that the governor made the visit amid reports that security officials manning the highway locked it down, leaving travellers on the road stranded.

The security operatives were said to be collecting bribes of N1000 from travellers who do not have national identity cards.

Reacting to the incident, Governor Zulum who was visibly angry faulted the action of the soldiers and policemen.

He also threatened to report the security operatives, stressing that the alleged extortion of innocent civilians was unacceptable.

“I am reporting everybody on this road. You people are collecting N1,000; no human being can accept this,” the governor said.

He wondered how the security personnel could do such a thing at a time and a region where the security of lives and properties should be a priority.

Governor Zulum said, “Boko Haram (terrorists) are attacking people and again, Nigerian military and soldiers and the police are receiving N1,000 fine to frustrate people. Nobody can accept this one.”