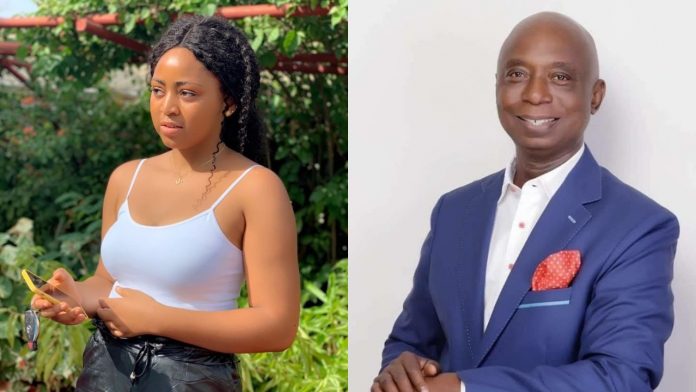 Actress, Regina Daniels has narrated her first encounter with her billionaire husband, Ned Nwoko whom she claimed appeared like a farmer at their first meeting.

The couple tied the knot last year, a marriage which sparked reactions online with many alleging that Regina got married to Ned because of his wealth, while others criticized Nwoko for marrying someone young enough to be his daughter.

However, the union has continued to stay strong, recently welcoming a child about a week ago.

She told Saturday Beats about her pregnancy experience, saying she didn’t face any challenges. “Before I got pregnant, people said pregnancy was hard; and the journey wasn’t easy. As a matter of fact, I heard so much. But I am still very young and it was more like living my normal life. I didn’t even have morning sickness and I didn’t face any challenges of any kind. It was pretty normal for me,” she said.

Recalling her first impression when she met her husband, the actress said, “Being married to him (Ned Nwoko), I feel free. I can do whatever I want, dress however I like and live my life. He is always pushing me to be a better person. He brings me out there because he wants me to be more exposed. He wants me to see the world in a different way. As a matter of fact, there are so many things I just can’t start to explain.

“The first impression I had when I met him, which I will keep saying is that he looked like a farmer. We actually went on a tour to his house in the village (Aniocha North Local Government Area, Delta State) and he was so polite and educative. He wants one to know about nature and the world in general. He wants one to experience different things, so he was always trying to educate us on that particular visit.”