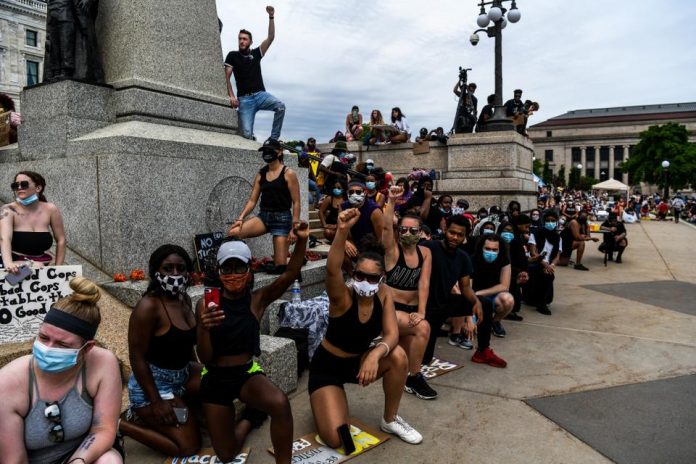 An anti-racism campaign group has called on Britons to show solidarity with those in the United States in their fight against police brutality by “taking a knee” in front of their door steps.

Stand Up to Racism (SUTR) on Wednesday organised a socially distanced protest, where individuals “took the knee” as part of a day of action against discrimination in response to the death of George Floyd in police custody in Minneapolis.

The 46-year-old African American died last week after a police officer held him down by pressing a knee into his neck.

SUTR said the campaign was inspired by the kneeling protest staged by American football star Colin Kaepernick in 2016 that has become synonymous with the Black Lives Matter movement.

Weyman Bennett of SUTR said: “Racism is the underlying condition that continues to kill black and BAME communities. Take the knee at 6pm because there is a boot on the neck of millions of people in the BAME community.

“Part of the cure for the virus of racism is to embrace anti-racism and anti-fascism.”

“We call on people to ‘take the knee’ on their doorstep in solidarity with George Floyd, at 6pm, Wednesday 3 June. We stand for justice for George Floyd and say Black Lives Matter.”

American mom, 46, in Kano to marry 23-year-old lover she met on Instagram