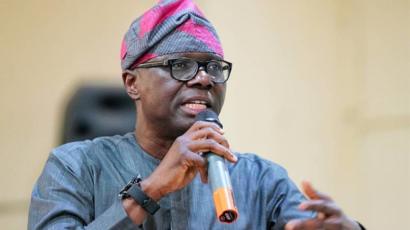 Lagos State Governor Babajide Sanwo-Olu said on Thursday that his administration had completed reconstruction and rehabilitation of 138 roads, adding that works on 131 roads were ongoing.

The governor said this in his keynote address at the interactive breakfast meeting with the business community organised by the Ministry of Commerce, Industry and Cooperatives and held at the New Banquet Hall, Lagos House, Ikeja.

Sanwo-Olu, represented by Deputy Governor Dr. Obafemi Hamzat, said the gesture was part of the overall objective of his administration as captured in the T.H.E.M.E.S. agenda aimed at maximising the socio-economic potential of the state, through the building of world-class infrastructure that would guarantee an enabling environment for investment to thrive.

Sanwo-Olu said that engagements with critical stakeholders, partnership with the private sector, provision of investment friendly policies and security of lives and property would continue to be the priority of the government.

He urged the business community not to relent in its contributions so that together with the government they will create and sustain an environment that is safe and secure for business, leisure and living.

The governor said there is need for sustainable synergy and understanding between the business community and the government.