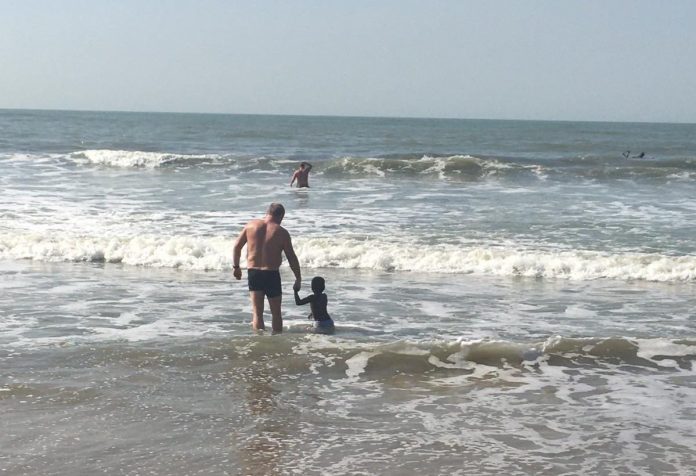 Information reaching us at Checkout Magazine has it that Gambian children are being sold to British paedophiles for as little as £2-a-time by their desperate parents.

Sun Online in an investigative report revealed that British perverts have taken advantage of lax laws in the West African country to embark on child abuse holidays where they openly target little boys and girl.

It was learnt that a good number of unaccompanied African minors were seen in company with middle-aged Western men who did not appear to be their biological fathers.

The National Coordinator of the Child Protection Alliance in The Gambia, Lamin Fatty told Sun Online that both male and female tourists are targeting African minors.

His words: “Sex is cheap in my country and children are being sold for as little as 150 dalasis, or just over £2 in your currency.

“Some of the parents know their children are being abused and they accept it because they are so desperate for food in their bellies.

“Others are too naïve to realize. They think the Westerner is paying their bills and helping their boy or girl out of the kindness of their heart, while in reality they have bad intentions.

“Child abuse is going on all the time in The Gambia and the government is not doing enough to put a stop to it.

“Our children are being approached directly on the beaches or the street and child abusers from all over Europe including the UK are coming here for this.

“I want to make clear that this does not just involve men but also adult women who are paying for sex with teenage boys in The Gambia.

“We have laws that are supposed to stop this from happening but they are not being enforced so we have become a paradise for paedophiles.”