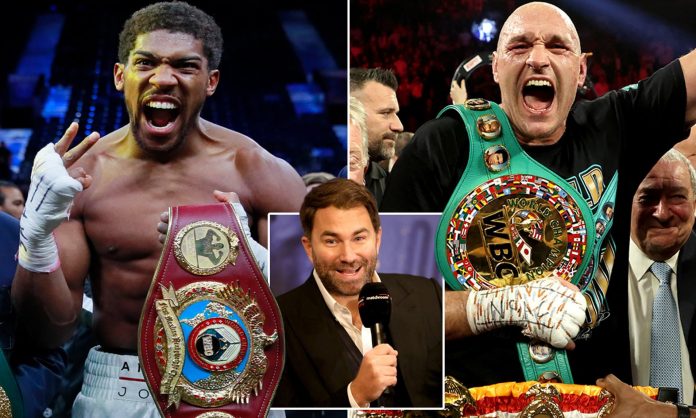 Following Tyson Fury’s victory over Deontay Wilder, promoter Eddie Hearn is keen on an all British bout between Anthony Joshua and rival Tyson Fury in November or December this year.

Fury’s remarkable victory over Deontay Wilder on the weekend, has sparked talks of potential all-Brit showdown against Joshua – with the pair now holding all of the heavyweight belts between them.

However, Wilder will trigger a rematch clause with Fury and set up a summer bout against the British heavyweight.

And Hearn has now told Fury to ‘hurry up’ and beat Wilder once again so that he can set up a showdown with Joshua, which would be extremely popular among the British public.

Meanwhile, Joshua faces a mandatory defence of his WBA, IBF and WBO titles against Kubrat Pulev and Hearn is already looking ahead to bigger and better things.

Joshua’s promoter, who also claimed he would love the British showdown to go ahead at Wembley, added: ‘We can’t get Fury, we’ve got to fight Pulev and we’ll get that out of the way.

‘Hopefully, Fury can get his out of the way and we can get this done in November or December this year.’ 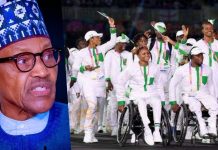 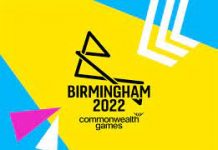 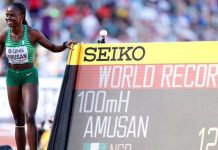 We must strive to maintain Nigeria’s unity, says Osinbajo