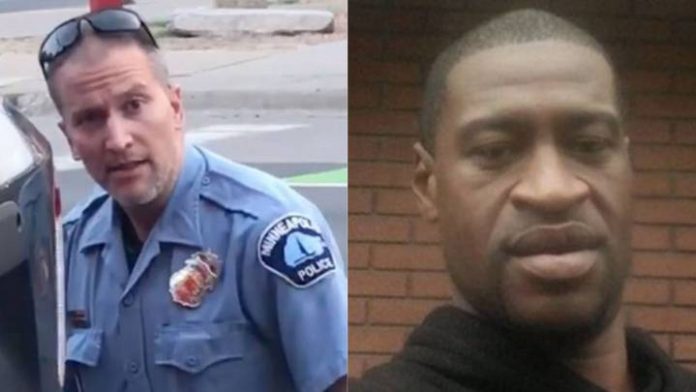 Former American Police officer, Derek Chauvin is alleged to have had previous conflicts with George Floyd, over whose death he presently faces charges of a second degree murder, a co-worker has claimed.

Mr Chauvin who has been charged with second-degree murder after he was filmed kneeling on Mr Floyd’s neck for nearly nine minutes in the street on May 25, is reportedly said to know the deceased ‘pretty well’.

Speaking to CBS on Tuesday, David Pinney said he worked with the pair as a security guard at El Nuevo Rodeo last year.

“They bumped heads,” Mr Pinney said. “It has a lot to do with Derek being extremely aggressive within the club with some of the patrons, which was an issue.”

Mr Pinney said the two men knew each other “pretty well” and said that Mr Chauvin probably knew who Mr Floyd was when he arrested him.

She told CBS that she believed Mr Chauvin was “afraid and intimidated” by black people in general.

Mr Floyd was laid to rest next to his mother in his hometown of Houston, Texas, on Tuesday, nearly two weeks after his death in Minneapolis.

Basketball icon Michael Jordan in tears, as he opens $7 million clinic to hometown

End SARS: Only the President can order deployment of Soldiers, Panel Told