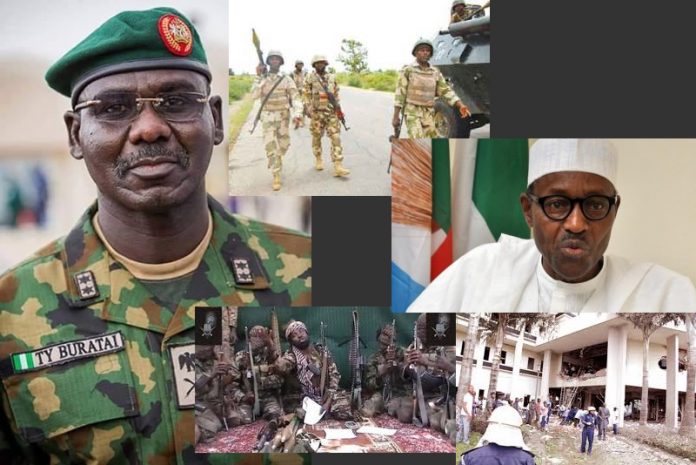 Shekau stated this in a video released barely 24-hours after President Buhari paid a visit to Maiduguri to condole with the state over the Auno attack.

He said the terrorist sect would attack Buhari if he visits Borno again.

“Buhari came to Maiduguri pretending to be a good man. He shouldn’t try it again,” Shekau said in Hausa.

The Boko Haram leader also gave a condition for the remaining Chibok schoolgirls.

Despite calls for their release, over 100 of the 276 girls abducted from Government Secondary School, Chibok, Borno state, in 2014, have remained in Boko Haram custody since the incident.

In a video, Shekau said the schoolgirls would be set free if the federal government releases its members in detention.

This is even as the sect launched an attack hours after Buhari paid a condolence visit to the state on Wednesday, February 12, 2020.