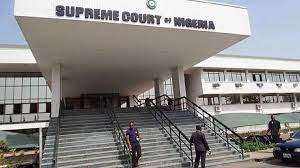 Public affairs analyst, Chief Oliver Okpala, has called on the National Judicial Council (NJC) and the Chief Justice of Nigeria (CJN) to ensure that judges who entertain cases already decided by the Supreme Court are adequately disciplined.

Chief Okpala, who made the call, also urged the Nigerian Bar Association (NBA) to discipline lawyers who re-present to the courts, cases already decided by the apex court.

Chief Okapala spoke in reaction to reports of an attempt to resurrect a case in Anambra State, involving the Ukpo/Abba land dispute, which had been decided by the Supreme Court. Hesaid: “One big question now is if it is right for a Chief Judge of a state to allow the re- opening of a case which had already been decided upon by the Supreme Court and to assign it to a judge?

He argued that “judges who entertain such kinds of cases should be called to question by the National Judicial Council to serve as a deterrent to others.”

He described attempts to bring a case already decided on by the Supreme Court before another court or even the same apex court as “an attempt to somewhat undermine the laws of our land and bring the judiciary to disrepute.”