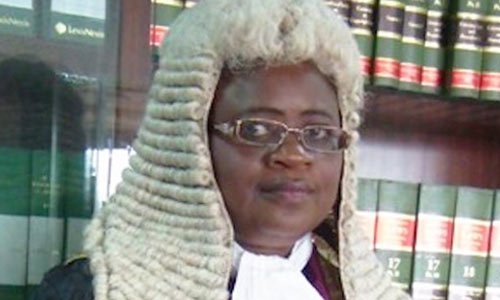 The President of the Court of Appeal, Justice Monica Dongban-Mensem, has expressed her determination to restore confidence in the Nigeria judiciary system.

Justice Monica said she is keen to ensure that the Court of Appeal is strengthened under her leadership.

She was speaking when she visited Governor Simon Bako Lalong at the Government House in Jos ahead of a Thanksgiving Mass and Grand Reception in her honour.

Justice Monica said she was glad to be home and very grateful that her home state has decided to honour her, following her elevation as President, Court of Appeal.

She thanked all those who have continued to pray for her and offer support before and after her appointment, assuring that she will continue to do her best to transform the Court of Appeal by making the delivery of justice seamless and very thorough according to the laws of the land.

Governor Lalong, while welcoming the President of the Court of Appeal back home, said the people of Plateau State are extremely happy that she has attained the height of her career and is doing well in the one year she has been in office.