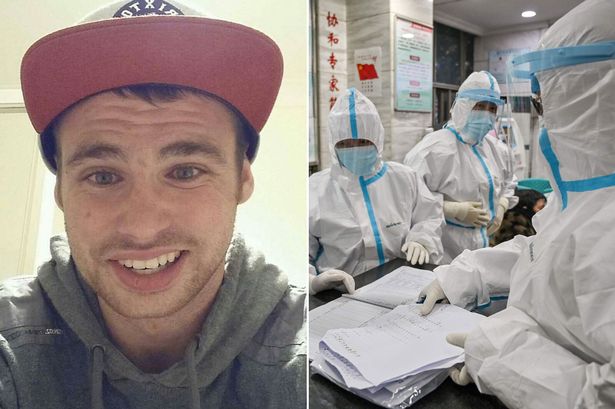 A British man known to have caught the coronavirus beat the killer bug with a “glass of hot whisky and honey”.

The 25-year-old man, who has lived in Wuhan, China for three years to teach English, was kept in hospital for two weeks and feared the worst after he was diagnosed while struggling to breathe.

I was stunned when the doctors told me I was suffering from the virus. I thought I was going to die but I managed to beat it,” Connor said.

“I used the inhaler which helped control the cough and drank a hot whisky with honey until that ran out. It’s an old fashioned remedy but it seemed to do the trick.

“I did refuse to take the antibiotics the doctors prescribed me because I didn’t want to take any medicines,” he added.

Health authorities, though, have never advised hot whisky with honey as a method to calm such symptoms.

The teacher, originally from Llandudno, north Wales, who caught the virus two months ago, said Wuhan has become a “ghost town” in recent weeks as there is hardly anybody in the streets and the shops are running low of fresh fruit and vegetables.

Connor told The Sun he has informed British authorities to say he had been diagnosed with the virus.

He added: “They kept asking if I wanted a place on a flight out but I said no. I’ll stick it out here. I am proof coronavirus can be beaten.”