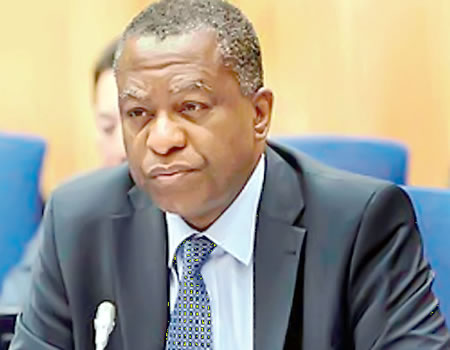 The Central Bank of Nigeria and the Nigerian National Petroleum Corporation have agreed to fund over N1bn expense for the accommodation and feeding of over 3,000 Nigerians awaiting evacuation in foreign countries.

The Minister of Foreign Affairs, Geoffrey Onyeama, made this known during a briefing by the Presidential Task Force on COVID-19 in Abuja.

This comes after the Federal government was criticized for its earlier decision directing all returnees to pay N290,000 for their isolation and feeding in hotels in Lagos and Abuja, ahead of their evacuation from the United States, United Kingdom, India, China, Thailand and Canada.

The government had cited paucity of resources for its decision, noting that it could only support the 620 evacuees currently in quarantine.

Briefing the media on the new development, Mr Onyeama said, “The Minister of Environment, Dr Mohammed Abubakar, on Friday night called me and suggested, ‘why not try NNPC, why not try CBN? They have corporate social responsibility funding.’ I told him I would do that immediately.

“We are talking of over N1bn because till now, we have about 4,000 Nigerians out there and if 3,000 of them come back, the cost of accommodation, feeding and everything else is over N1bn that we don’t have and he said he is ready to explore and share with the NNPC.”

Meanwhile, Mr Onyeama said said the government informed by medical experts that testing evacuees beforehand is not a necessary step because the gestation cannot be seen immediately.