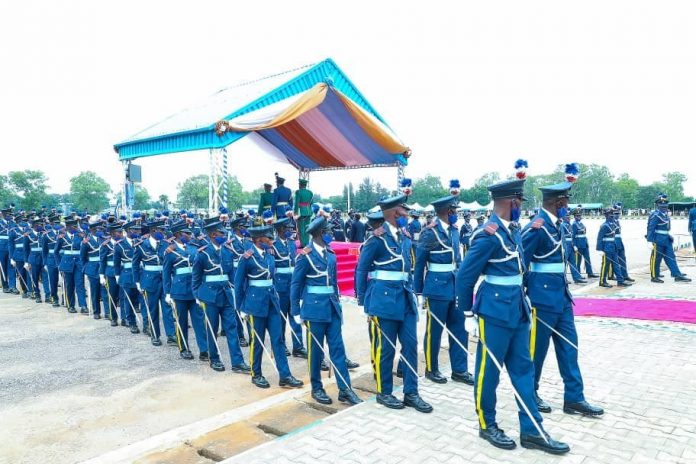 President Muhammadu Buhari on Saturday commissioned 114 medical officers into the Nigerian Air Force, in a bid to strengthen the nation’s fights against insecurity on the backdrop of incessant insurgency, banditry, kidnapping and cattle rustling.

The president who was represented at the event by the Chief of Defence Staff, General Abayomi Olonisakin, said his administration is doing so much to combat the security challenges bedevilling the country by taking measures to safeguard lives and properties.

The President was quoted as saying “I expect that you will do your best to further enhance NAF’s efforts towards boosting qualitative healthcare for personnel, their defendants and residents of NAF host communities, including sustaining medical outreaches for civilians and victims of insurgency and banditry.”

He added: “The government is doing so much to confront the security challenges bedevilling our nation by taking necessary measures to safeguard lives and properties and to drastically cut off all forms of criminalities and the Nigerian Air Force is consistently supporting these government efforts.”

I told Diezani not to bring money home, Husband on alleged fraud