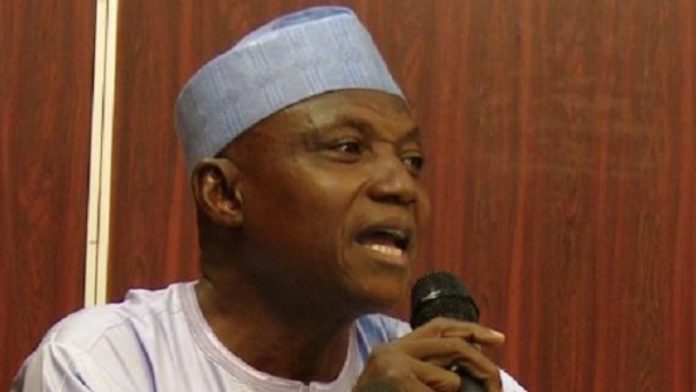 The Presidency Responded to comments by the main opposition party casting aspersions on the person of the ruling party’s candidate and querying the President’s avowed fight against corruption in the country.

In a statement issued by the Senior Special Assistant to the President on Media and Publicity, Mallam Garba Shehu, the Presidency noted that PDP lacked the moral right to question the President and the ruling party citing allegations of corruption bedeviling members of the opposition party.

According to the statement, before the PDP could be taken seriously and its admonitions taken seriously, it would first need to answer questions on corruption allegations plastered over its 16 years of rule, as well as disown some of its governors with suspended graft court trials.

The statement read in part, “The Peoples Democratic Party, PDP, which has been struggling to clear its name from alleged deals with the underworld in Dubai and the United States has, to our surprise, found the voice to attack the anti-corruption war of the Muhammadu Buhari administration following the President’s endorsement of Pastor Osagie Ize-Iyamu, the All Progressives Congress, APC’s dashing candidate for the governorship election in Edo State.

UK Prime Minister to move in with partner.