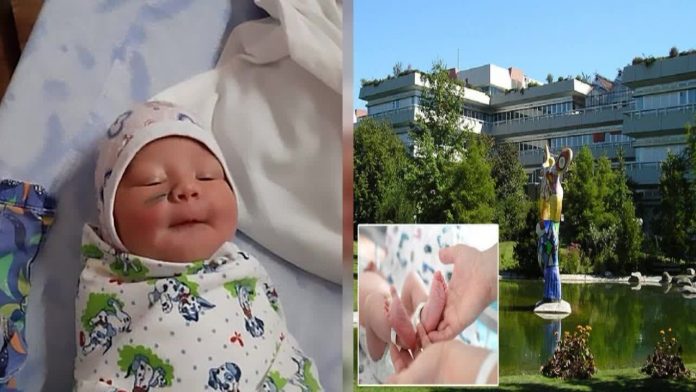 A newborn baby was left with a gash on her face after doctors accidentally cut her during a caesarean section.

The incident took place at a public hospital in the city of Kyshtym in south-western Russia’s Chelyabinsk Oblast region when 19-year-old Darya Kadochnikova was giving birth.

Darya was taken to the hospital and had planned a normal birth but doctors decided a caesarean section would be safer after her baby changed position.

Local media report that doctors initially gave Darya epidural anaesthesia but since she could still feel everything, the medical team had to sedate the patient by giving her an intravenous anaesthesia.

After waking up Darya was shocked to see a large cut on her daughter’s face.

The doctors have told the mother that her newborn girl “shouldn’t have moved too much”.

The mother herself reportedly suffered from a high fever following her C-section.