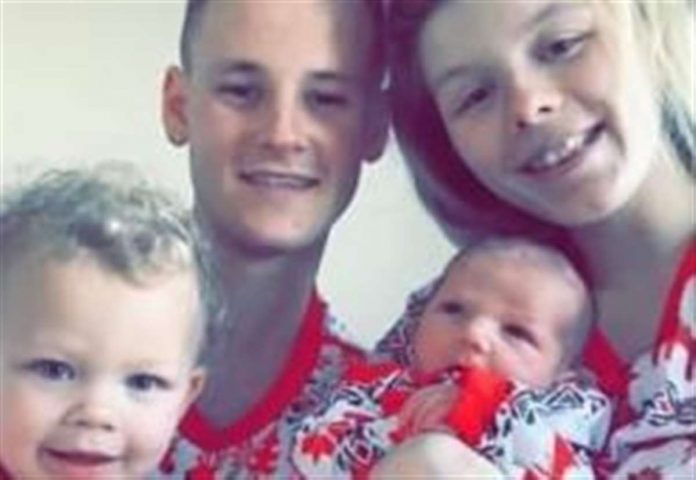 A 20-year-old mum has died after collapsing at home when she complained of chest pains on New Year’s Eve.

Jasmine Donkin, from Kent, leaves behind a partner Matt Cullen and their two children, 21-month-old Storm and three-week-old Callie Grace.

Devastated partner Matt said she felt pains in her chest after she used the bathroom and he told her sit on the sofa while he called an ambulance.

Paramedics who rushed to the family’s home carried out CPR on the young mum before she was taken to the Queen Elizabeth The Queen Mother Hospital in Margate, where she died hours later, Kent Live reports.

Jasmine’s sudden death has left Matthew questioning what could go wrong so quickly.

Matt, who is also 20, and Jasmine were childhood sweethearts who met at the age of 15 whilst they were at school and decided to start a family together.

He however lamented her death saying, “I had big plans for this year, I was going to propose to her. I was also going to take us all abroad because she’d never been.”

The grieving dad has set up a Gofundme page to raise money to pay for Jasmine’s funeral. So far it has raised more than £2,300 towards its £5,000 target.

Despite the horrendous circumstances, Matt has been thankful for the support he has been shown from his friends and family.

Revealed: George Floyd and Derek Chauvin Worked Together In a Nightclub, Clashed Regularly