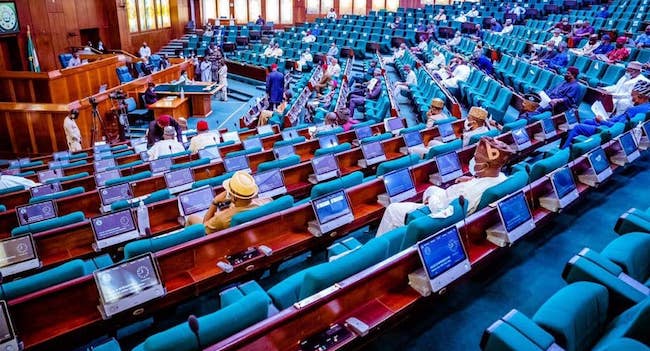 The House of Representatives have asked the Nigerian National Petroleum Company (NNPC) Limited to produce the leadership of its 17 subsidiaries indicted by the report of the Auditor General of the Federation (AuGF).

Recall that 17 heads of NNPC subsidiaries had been indicted for alleged financial infractions between 2014 and 2019.

Speaking at the resumed investigative hearing, Chairman of the House Committee on Public Account, Oluwole Oke said the action of the NNPC in shielding its subsidiaries amounted to hiding something from Nigerians.

However, NNPC Group Managing Director (GMD) Mele Kyari told the committee that the company was not hiding anything.

He dismissed reports that about 107 million barrels of crude oil could not be accounted for in 2018.

Reacting to a statement by the GMD that he would take responsibility for the actions of the subsidiaries, Oke said: “With due respect, the parliament differs with you because we are guided by the Constitution of the Federal Republic of Nigeria, Legislative Houses Privileges Act and our rules.

“Yes, you have submitted a consolidated account. But the Auditor General, who submitted his report on us, conducted an audit pursuant to Section 85 of the Constitution and audited the accounts of these subsidiaries, published the report and submitted the same to the parliament.

“The report specifically mentioned these subsidiaries, and having done so, the parliament is duty-bound to take the queries and observations, as contained in the report. Aside this, parliament can also, pursuant to the provisions of the Constitution, invite anybody to give evidence before this parliament.

“If a particular agency under your leadership is mentioned, we cannot shave their head in their absence. They have to be here. Yes, you have rendered your account, which is before us. But these subsidiaries must appear before this parliament to answer the queries raised by the AuGF. They have to answer their father’s name.

“With due respect, the NNPC is not in a position to dictate to parliament how it conducts its business. We have to change the impression of Nigerians about the NNPC. We have listened to the comments of some governors about NNPC and we must change the narrative by telling Nigerians that NNPC operates transparently.

“Except, and except you have something to hide, then you can continue to shield these subsidiaries. But they must appear before Nigerians and tell them about the funds in their kitty. They have to come here and answer the queries about the abnormalities the AuGF observed in their operations. This is our position.”

Asa speaks on her love for tall guys

Why Igboho’s detention was extended – lawyer