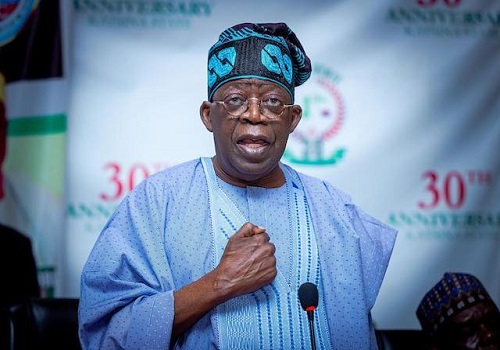 The Tinubu Support Organisation in Delta State said it has put structures in place to mobilize residents to support All Progressives Congress Presidential candidate, Bola Tinubu, in the forthcoming 2023 General Elections.

The State Coordinator, Mr. Philip Kachukwu, announced this while speaking in Asaba on the tasks ahead of the group, noting that the group will mobilize massively especially at the grassroots to vote for Tinubu come 2023.

He said, “Among the three candidates, Tinubu is the most qualified candidate that has what it takes to fix the insecurity and the economy of Nigeria.

“On Saturday, we were inaugurated as state executive of TSO and we have been told to go and preach the gospel of what Tinubu had done and we will mobilize all at the grassroots for Tinubu.

“On the issue of Muslim-Muslim ticket, APC is not a religious party, and it does not matter. This is one of the messages we are taking to the grassroots.

“What Nigeria needs is good leaders and not canvassing religious matter or condemning Muslim-Muslim ticket. We have been commissioned to spread the structure of Tinubu in Delta.”

Additionally, Kachukwu condemned the recent poll conducted in favor of Obi over Tinubu and Atiku, saying that the poll did not reflect the generalities of Nigerians.

IPOB insists on Kanu as leader

Tokyo 2020 Olympics postponement could cost hundreds of millions of pounds as bill stands...