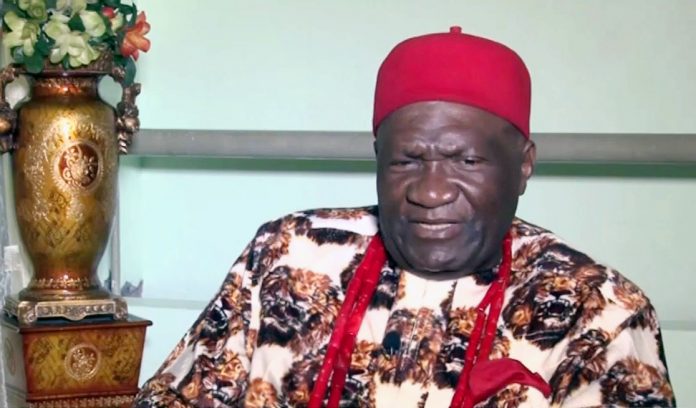 The Igbo apex socio-cultural organisation, Ohanaeze Ndigbo, on Sunday, said it had not abandoned Operation Ogbunigwe, the security outfit it planned for the South-East.

Ohanaeze Deputy National Publicity Secretary, Mr. Chuks Ibegbu, who disclosed this in an interview with one of our correspondents in Enugu, said community policing in the zone could still be named Ogbunigwe.

The President General of Ohanaeze Ndigbo, Chief Nnia Nwodo had on Wednesday during South-East Security Summit organised by the Nigeria Police Force tagged Strategic Partnership for Effective Community Policing in the South-East Geopolitical Zone” appealed to the Federal Government to allow the zone to establish its security outfit to be known as Operation Ogbunigwe.

Meanwhile, the South-East governors through their chairman, and Governor of Ebonyi State, Chief David Umahi, after the summit, declared support for the community policing.

Umahi said that the South-East governors were satisfied with the strategies for the implementation of the community policing programme in the zone.

But the Igbo apex body said that it suggested the name for the South-East security outfit.

Ohanaeze Deputy National Publicity Secretary, Ibegbu who spoke to one of our correspondents in Enugu said, “Ogbunigwe is a signpost to notify bandits and killer herdsmen that we are ready as during the war to wipe them out.”

After agitations from the Ohanaeze Ndigbo and other groups in the South-East, the governors from the zone last month met the President, Major General Muhammadu Buhari (retd.) in Abuja where they presented a proposal for a South-East security outfit.

Asa speaks on her love for tall guys