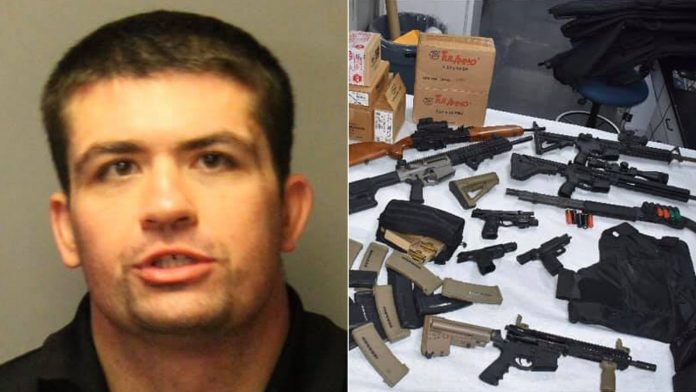 Thomas Andrews, 32, was arrested on suspicion of evading police, driving under the influence and several weapons violations, police in Sunnyvale said in a statement.

Authorities said they received a report on Sunday night that Andrews was planning a mass shooting at the UPS facility in the city of Sunnyvale, near San Jose.

When officers tried to stop him three hours later, shortly after 11 p.m. PT, a pursuit on one of the state’s main thoroughfares, Highway 101, followed.

The backpacks were “staged” at the apartment’s front door, the statement said.

Jail records show that Andrews is being held at the Santa Clara County Jail in lieu of $500,000 bail. It wasn’t clear if he has a lawyer.

A UPS spokesman said the company was aware of the situation and is cooperating with authorities but declined to comment further.