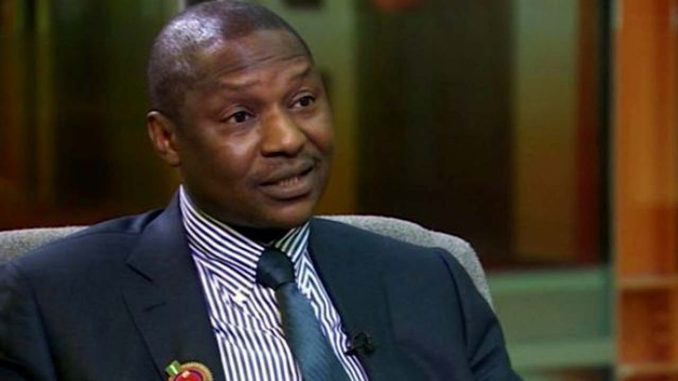 Information reaching us at Checkout Magazine has it that 15 case files of high profile Nigerians facing graft and other criminal charges have disappeared,.

According to a report by PUNCH, the missing files involve persons such as the Governor of Imo State, Hope Uzodimma, Senator Peter Nwabaoshi. It also included the non-declaration of assets and possession of foreign accounts cases against Anambra North senator, Stella Oduah; the President of the Nigerian Football Federation, Amaju Pinnick; and four other NFF officials as well Akwa Ibom North-East Senator, Bassey Akpan, among others.

It was learnt that the files were said to be among the 23 high profile cases listed in a handover note by the chairman of the now defunct SPIP, Okoi Obono-Obla, to the Solicitor-General of the Federation, Dayo Apata (SAN), in August 2019, after Obono-Obla was suspended by the President, Major General Muhammadu Buhari (retd.) on August 14 of same year.

Just a year after the handover, the whereabouts of the files were said to be unknown, prompting the Solicitor-General to write to Ukpong for information on the cases, the parties and the courts handling them.

But the former head of the SPIP legal unit, in his response dated August 9, 2020, said he was not in a position to supply the information being sought by the ministry.

He explained that he had earlier handed over all the cases he was handling for the SPIP on receiving Apata’s demand letter dated August 15, 2019, noting that he did not handle some of the cases listed in his (Apata) most recent letter.

But commenting on the alleged missing files, the Chairman, Presidential Advisory Committee Against Corruption, Prof Itse Sagay, said the situation called for a thorough investigation, adding that the Federal Government should set up a panel to quiz the ministry of justice and the former SPIP officials staff to ascertain the whereabouts of the files.

He said, “This deserves to have a fact-finding panel set up because it is a major issue in the anti-corruption war; that files opened with regards to prominent people who are suspected of huge corruption disappeared. It is important that government sets up a fact-finding panel and to invite the two parties (ministry of justice and ex-SPIP officials) together so that whoever has the files can be traced.”

Coronavirus: US offers $100m to China, others to fight disease