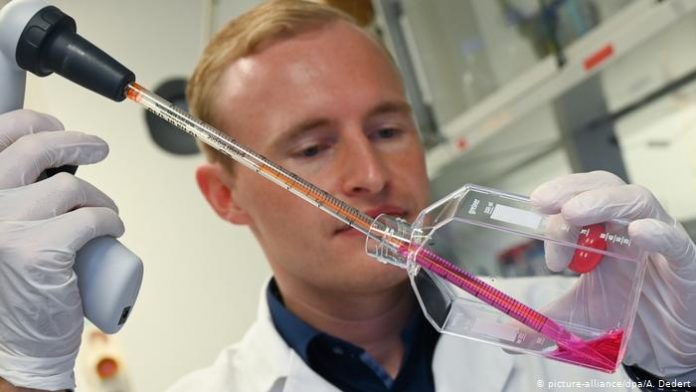 United Kingdom has announced plans to commence human trials of a potential coronavirus vaccine developed at the University of Oxford by Thursday.

Health secretary Matt Hancock who announced this development at the daily Downing Street press conference, said the government is providing £20m to the Oxford team to help fund its clinical trials.

Despite a normal development time of 18 months or more for a vaccine, the Oxford researchers led by Professor Sarah Gilbert believe large-scale production could be under way as early as September – about nine months after the novel virus was first spotted in the Chinese city of Wuhan.

Mr Hancock said the government will now invest in manufacturing capability so that if either the Oxford or Imperial vaccine works safely, it will be made available to the UK public “as early as humanly possible”.

Setting out the possible timeframe for a successful vaccine to be made available to the public in the UK, and eventually around the world, a member of the Oxford team, Professor Andrew Pollard, told Sky News: “If you had a sailing wind and absolutely nothing goes wrong in all of that complex technical process and you have all the facilities available, you could have millions of doses by the autumn of this year.

“But to the very large scale, there’s a huge technical effort to get there and I think it’s unlikely that that could happen before the end of this year.”

Prof Pollard said the Oxford project had been given a headstart by work already done on the coronaviruses Sars and Mers following outbreaks in recent years.

BREXIT: Oppositions drag Queen into their No Deal Brexit plot