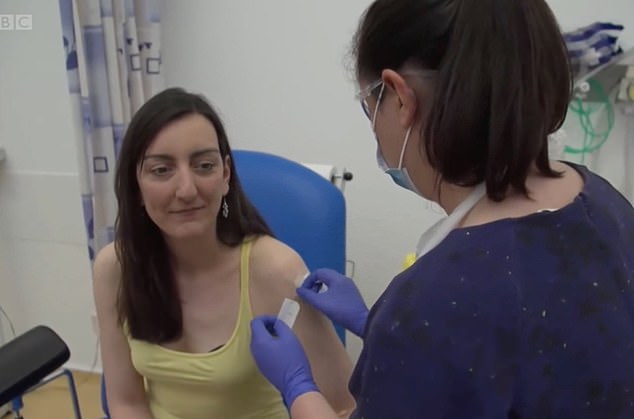 Europe’s first clinical trial in the search for the novel coronavirus commenced on Thursday in Oxford, United Kingdom.

Two volunteers were injected, the first of more than 800 people recruited for the study, BBC reports.

Elisa Granato, one of the two who received the jab, told the BBC: “I’m a scientist, so I wanted to try to support the scientific process wherever I can.”

Checkout Magazine learnt that a research team at Oxford University led by Sarah Gilbert, professor of vaccinology at the Jenner Institute, developed the vaccine in under three months.

“Personally I have a high degree of confidence in this vaccine,” she told BBC.

“Of course, we have to test it and get data from humans. We have to demonstrate it actually works and stops people getting infected with coronavirus before using the vaccine in the wider population.”

Prof Gilbert previously said she was “80% confident” the vaccine would work, but now prefers not to put a figure on it, saying simply she is “very optimistic” about its chances.

Another team at Imperial College London hopes to begin human trials of its coronavirus vaccine in June.

The Oxford and Imperial teams have received more than £40m of government funding.

Presidency should return to South in 2023, says El Rufai