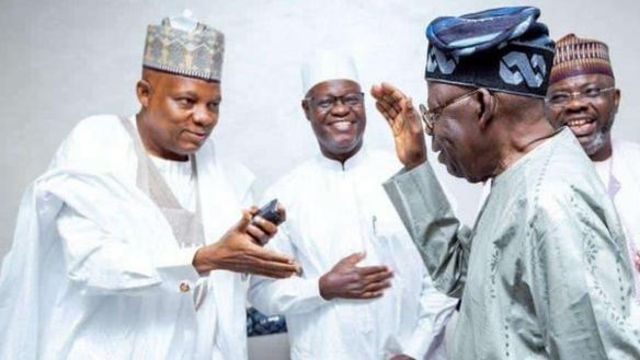 The Agenda for Greater Nigeria, a socio-political group, says the duo of All Progressives Congress presidential candidate of Asiwaju Bola Tinubu and Senator Kashim Shettima, will move the country forward and tackle its economic and security challenges.

In a statement signed by the group president, Izacc Koleosho, and general secretary, Gidado Kawu, in Lagos on Sunday, they described the choice of Shettima as a well-thought-out one, adding that he laid a progressive foundation in Borno State as Tinubu did in Lagos State.

The statement read, “That the APC presidential flag bearer picked Senator Kashim Shettima against all odds and after wide consultations show that Nigerians should watch out for well thought-out strategies to turn around the fortune of the country. It also shows that Tinubu is determined to move the nation forward and tackle the economic and security challenges.

“As Asiwaju laid a solid and progressive foundation in Lagos which his successors are following to date, it is on record that Senator Shettima has also done similar things in Borno State which his successor, Professor Zulum is following to date. Even as Boko Haram wreaked much havoc in the state, Shettima was able to start many infrastructural projects that the current governor is building on just like Lagos.

“We also believe that Senator Shettima is a committed democrat and progressive. He was a member of the All Nigerians People’s Party, part of the blocs that formed the All Progressive Congress, and has an unblemished record of performance and the capacity to break barriers to move Nigeria forward.”

Dilemma! British-Nigerian gay priest to choose between boyfriend or Job