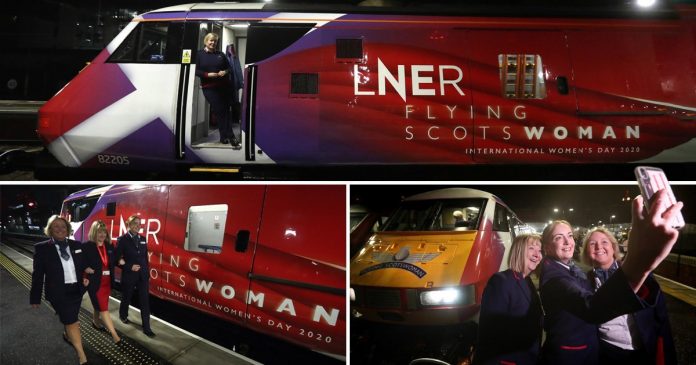 As the international women’s day approaches, three passenger train lines will be run by all-female crews in a bid to encourage more women to consider a career in the rail industry.

The move comes after 85 per cent of women revealed they have never considered a career in rail, found a LNER poll of almost 900.

An LNER train from Edinburgh to London King’s Cross will have all six of its onboard roles filled by women, including the driver, train manager and chef.

The Flying Scotsman service will also be rebranded Flying Scotswoman for the rest of March.

Director Karen Lewis said the industry needs to work harder to promote itself to women and create a more diverse team.

She said: ‘There is a clear need for the industry to work together to demonstrate the unique opportunities on offer with a career in rail, and by doing so to help drive an increase in the number of women in the workplace’.