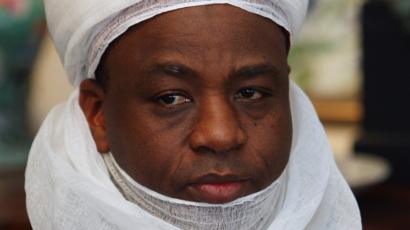 The Sultan of Sokoto, Alhaji Sa’ad Abubakar, has warned about another future Boko Haram because of the over 50,000 orphaned youths in the North.

Speaking at a security meeting in Kaduna on Thursday, the monarch also condemned the setting up of Operation Shege-Ka-Fasa by the Coalition of Northern Groups in the region, calling on northern elders to caution them and “don’t allow the youths to take over leadership from you”.

He said if nothing was done about the orphans, they would turn out to be worse than Boko Haram if northern governors failed to act.

He blamed the northern elite for the socio-political challenges facing the region.

The CNGs unveiled the symbol of the security outfit in Kaduna on Wednesday.

The Sultan said, said, “Governors must see that they do more to address insecurity, just imagine that there are over 50,000 orphans. They will be worst than Boko Haram if allowed to grow without proper care.

“Several recommendations have been made but are not implemented and as they remain unimplemented, we will continue to suffer the consequences.

“We are not short of solutions to the challenges facing the North, what we lack is implementation.