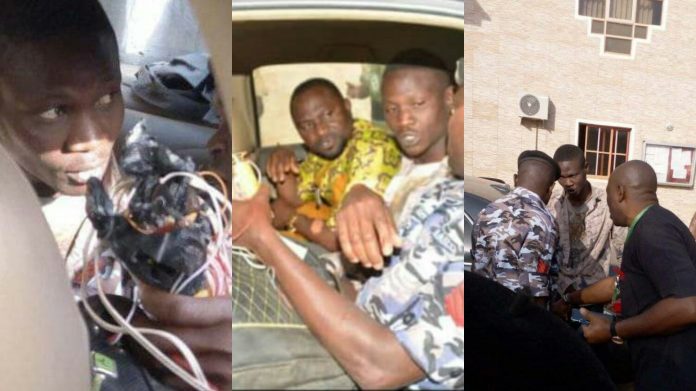 A suicide mission was intercepted by security officials of the Living Faith Church (Winners Chapel), Sabon Tasha in the Chikun Local Government Area of Kaduna State while the Sunday service was on.

According to reports, a suspected suicide bomber had gained access into the church when the Close Circuit Camera of the church picked him, he then was apprehended by officials of the church.

Reacting, the Christian Association of Nigeria in Kaduna State condemned the incident.

The CAN Chairman in the state, Rev. Joseph Hayab, described as unacceptable the attempted suicide bombing of the church.

The Chief Security Officer of the church, Mr Ekpeyong Edet, said the suspect had already entered the church and sat down before he was accosted by security men.

Edet added that on searching the bag the suspect was carrying, an explosive device was found.

The suspect, it was learnt, was handed over to the police at the Sabon Police Station, while security was beefed up around the church.

The state Police Public Relations Officer, DSP Yakubu Sabo, who gave the name of the suspect as Nathaniel Samuel in a statement, said he was arrested when church service was ongoing.

He said, “He was arrested in possession of some suspected Improvised Explosive Devices in his bag.

He is currently being interrogated at the Command’s Criminal Investigation Department while efforts are on to apprehend his accomplices.