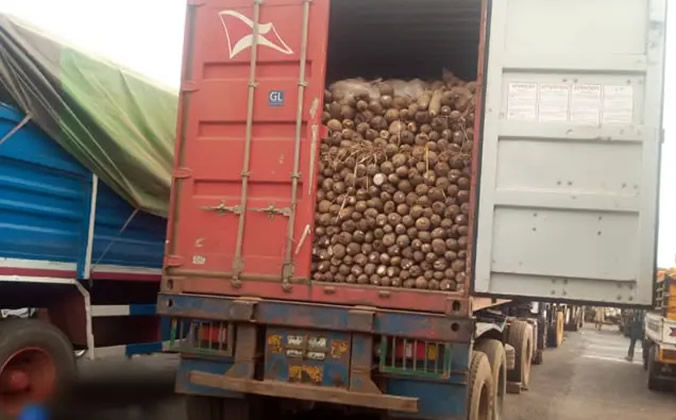 Amid the ongoing food blockade by northern food suppliers, Southern state governors have said it is an opportunity for the South to boost its food production capacity.

Recall that the aegis of the Amalgamated Union of Foodstuffs and Cattle Dealers of Nigeria on Thursday stopped supplies to the South to protest failure on the part of the Federal Government to compensate its members for the destruction of lives and property during the #EndSARS protest and last month’s crisis in Shasha, Oyo State.

Commenting on the strike, Mr Akin Olotu, the Senior Special Assistant to the Ondo State Governor, Rotimi Akeredolu, on Agriculture and Agric Business, told PUNCH that the blockade as a good development.

He said it was an eye-opener to utilise opportunities the South had in agriculture.

He said, “We won’t appeal to them to bring the food to the South. If they want to bring it, let them bring it. If they don’t want to bring, let them take it away, but nobody will beg them. It is a welcome development, it would spur our people to embrace agriculture the more, particularly at the family level.

Also commenting, Delta State Government opined that the blockade did not represent the unity of the Nigeria.

The Commissioner for Agriculture, Mr Julius Egbedi, who stated this on Monday in Asaba, said, “I don’t have the full details now, but as a state, we have been intensifying all we are doing in food production. We will continue to do that to encourage more production.

“We are one Nigeria for now. I believe that northern governors will not allow it because their people are here also.”

Meanwhile, the Lagos State Government maintains that the state is yet to feel the effect of food shortage.

The Commissioner for Information and Strategy, Gbenga Omotosho, on Monday, said the government had also not been officially informed of any decision to withdraw supplies to the state.

He urged residents not to panic, adding that the state was also making efforts to attain self-sufficiency in food production.

He said, “We have not been told officially that some people in the North are withdrawing food supplies to the South-West or Lagos. And you know that Lagos is consuming no less than 50 percent of what is being produced in other parts of the country.”

“The future of agric in Lagos is great and the government is encouraging young people to go into it. So, there is no need for anybody to panic over what anybody may have seen as some people saying they will not supply food. I have not seen anything official on that. If there is anything like a shortage, I have not seen the effect and I hope we will not see it,” he added. 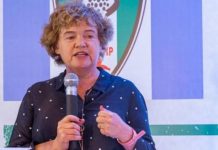 Almajiris: Give birth to children you can cater for, Sanusi tells Nigerians

Nigerians to face blackout for 10 days as shortage of gas hits 16 power...