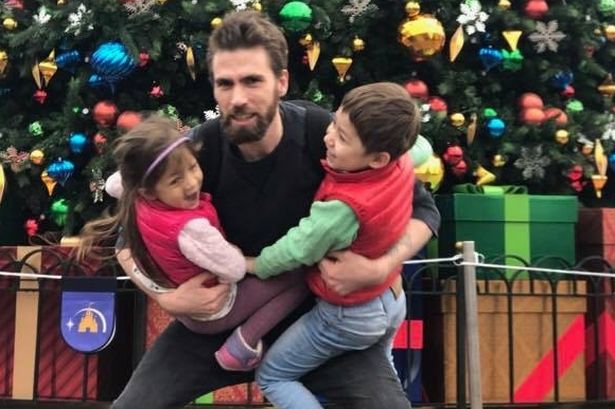 A brother and sister has been forced to live 4,800 miles apart after their mum murdered their dad could meet for the first time in over a year.

Alice and Jack Simpson, nine, moved in with their Chinese grandparents after mother Weiwei Fu stabbed father Michael, 34, in 2017.

Michael’s parents, Ian and Linda gained custody of Alice, seven, a year ago after a £100,000 legal fight. The little girl flew back to the UK in 2018 and she now has weekly video calls with her big brother who’s still in north-west China. But they haven’t seen each other face-to-face for more than a year.

A £40,000 offer to Weiwei’s parents to allow nine-year-old Jack to leave the city of Nanzhang and join them in Hartest, Suffolk, has been refused.

The family are hoping to organise a temporary reunion.

Alice and Jack’s family in China are refusing to comply with a court order stipulating that the kids can meet up every year for a holiday.

Ian, 70, said: “We are now negotiating to try and see Jack in the summer. Jack’s learning English so we are chatting to him much more. Alice is doing fantastically well.”

Michael married Weiwei after moving to China as part of his job with Next. Weiwei Fu was jailed for life after she stabbed Michael to death in a jealous rage in 2017, as their kids slept in a nearby room.

They had separated two years earlier, and Michael was bringing up the youngsters by himself. WeiWei is serving a life sentence after being convicted of stabbing Michael to death during a heated argument.

Nigerian boxer Sadiq lands in hospital after defeat in Russia