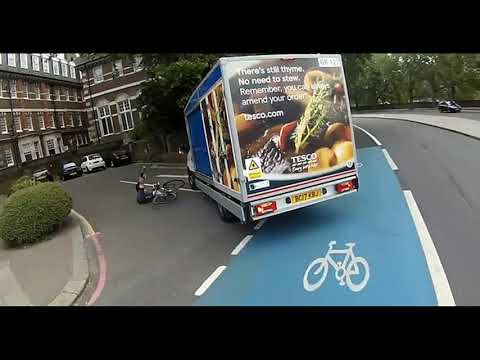 A man has shared the dramatic moment a London cyclist was knocked off his bike after colliding with a Tesco delivery driver who turned left across a painted cycle lane.

Footage of the incident, which happened in May but was uploaded to YouTube this week, shows a man on a bike riding along Cycleway 8 on Millbank near Vauxhall Bridge Road.

The video, shot from a helmet cam, captures the moment the delivery van pulls up alongside the cyclist as they approach a side street. The van indicates left and swings into the cyclist’s path.

The rider is unable to react in time and smashes into the side of the van before crashing to the ground. Another rider comes to his aid as a man steps out from the passenger side of the van.

The cyclist who shot the footage, Chris, told Road.cc the cyclist was able to ride away from the scene, adding that in an uncut version of the footage the driver claims the cyclist had been in his blind spot.

The video has since been shared widely on social media as a reminder for both cyclists and drivers to be careful on the roads.

Broadcaster Jeremy Vine, who frequently films his own experience riding on London roads, retweeted the video with the caption “no point in paint”, referring to the blue marked cycle way.

A Tesco spokesperson said: “This was a distressing incident and we’re very sorry that it happened and wish the cyclist a full recovery.

“We invest a lot of time in training our drivers to work safely and considerately and will continue to do that.” 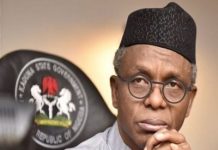 Lagosians have been mistaking COVID-19 for malaria – Prof Abayomi