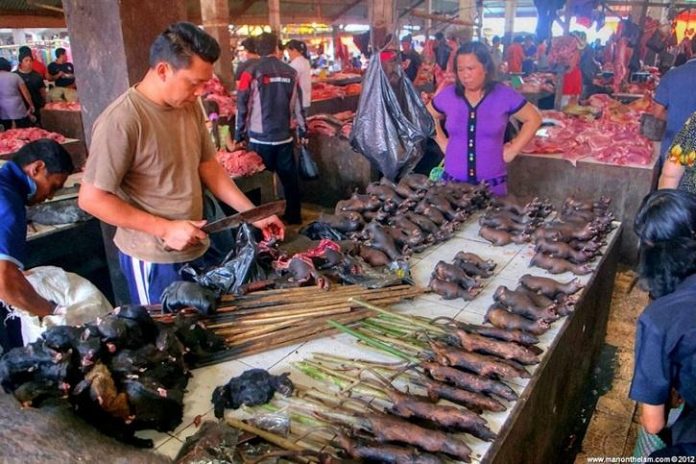 Animal activists are advocating for the shut down of an Indonesian ‘Tohomon Extreme Market’.

It is believed that trade activities have resumed in the market notorious for the sales of wild animals.

Now, since the novel coronavirus pandemic has attacked over 200 countries across the globe, activists are urging the authorities to take action against the wildlife meat market.

Leader expert for Indonesia’s Coronavirus task force, Wiku Adisasmito said, “The market is like a cafeteria for animal pathogens. Consuming wild animals is the same as playing with fire.”

Ever since the virus was detected in a market in Wuhan, China, the country ordered all of its wildlife markets to shut shop and now Indonesia’s Tohomon market has become the largest bazaar to sell wildlife meat.

Consuming wild meat in Indonesia is an age-old tradition as locals believe that some animal meat has medicinal properties. Apparently, bats are consumed under the notion that they can cure ashtma and along with snake meat, they make up for the staple diet of the Indonesian people.

In fact, snake and bat meat is often sold in supermarkets as well.

Indonesia is still struggling with the adequate testing they require for the coronavirus and the country has recorded a total of 15, 438 cases and 1,028 deaths. This makes up for the second-highest fatality rate in East Asia after China.