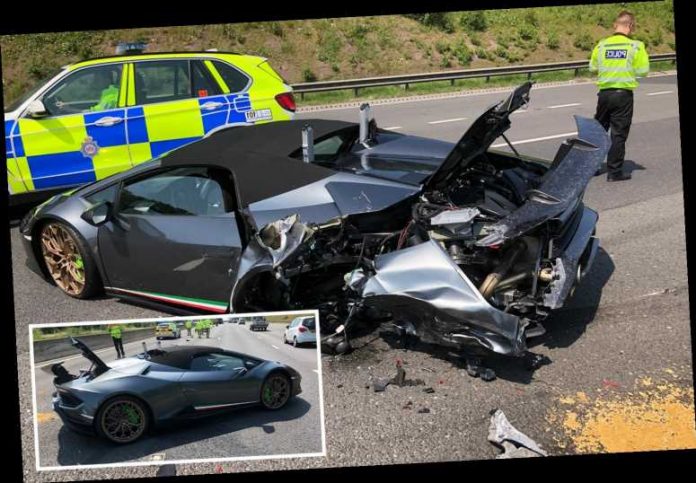 A brand-new Lamborghini was involved in a crash in Yorkshire, United Kingdom, 20 minutes after its purchase, according to reports.

Checkout Magazine gathered that the luxury sports car – understood to have been purchased for around £250,000 – was wrecked while being driven home from the car showroom along the M1 in West Yorkshire.

The car has stopped in the motorway’s outside lane due to a mechanical failure when a van ploughed into the back of it, police say.

Neither driver was seriously hurt but the crash, at 1pm on Wednesday close to the town of Ossett, resulted in part of the southbound carriage way being closed for nearly two hours.

“It’s only a car,” noted West Yorkshire Police’s roads unit in a tweet. “But on this occasion a 20-minute old brand new Lamborghini…#couldhavecried.”

The motorist has not been identified and it is not known where the Lamborghini Huracan Spyder was bought.