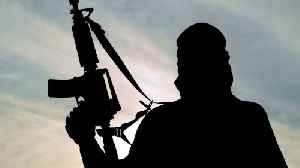 Presidential spokesperson Garba Shehu in a statement has condemned David Pilling of the Financial Times for describing the Nigerian government as “a government sleepwalking into disaster”.

The presidency said this in a reaction to an article by Pilling.

The report claimed that President “Buhari has overseen two terms of the economic slump, rising debt and a calamitous increase in kidnapping and banditry.

“The one thing you might have thought a former general could control. As said of India, Nigeria grows at night, while the government sleeps which is hardly surprising that some libertarian tech entrepreneurs want the government to withdraw and leave the private sector in charge.”

Shehu criticised the publication for leaving out the security gains by the government, adding that the Boko Haram terrorists have no territory at the moment under the Buhari-led government.

He said: “We wish to correct the wrong perceptions contained in the article ‘What is Nigeria’s Government For,’ by David Pilling, Financial Times (UK), January 31, 2022.

“The caricature of a government sleepwalking into the disaster was predictable from a correspondent, who jets briefly in and out of Nigeria on the same British Airways flight he so criticises.

“He highlights rising banditry in Nigeria as proof of such slumber.

“What he leaves out are the security gains made over two Presidential terms. The terror organisation Boko Haram used to administer an area the size of Belgium at the inauguration; now, they control no territory.

“The first comprehensive plan to deal with decades-old clashes between nomadic herders and sedentary farmers – experienced across the width of the Sahel – has been introduced: pilot ranches are reducing the competition for water and land that drove past tensions.

“Banditry grew out of such clashes. Criminal gangs took advantage of the instability, flush with guns that flooded the region following the Western-triggered implosion of Libya.

“The situation is grave. Yet as with other challenges, it’s one that the government would face down.”