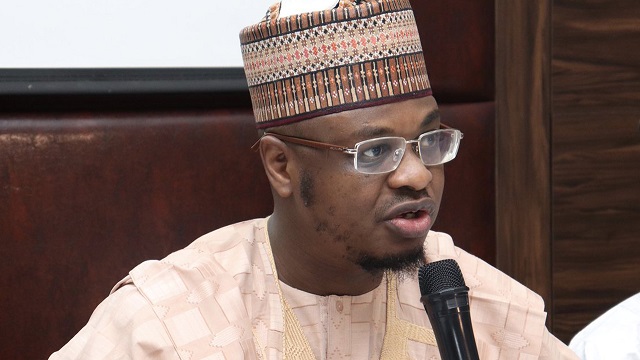 Information reaching Checkout Magazine has it that the Minister of Communications and Digital Economy, Dr Isa Pantami and stakeholders from the telecommunications industry held a meeting virtually on Monday to assess progress recorded as the February 9 deadline draws near.

A statement by Pantami’s media aide, Uwa Suleiman, revealed that chief executives of telecommunications companies participated in the meeting, as they revealed that compliance for NIN registration had increased by over 40 per cent.

The statement read in part, “CEO (Chief Executive Officer) 9Mobile, Alan Sinfield, in his commendation noted the very active leadership and support of Dr. Pantami, especially in his approval of network operators as enrolment agents for the NIN, which has increased the turnout for compliance by over 40 per cent.”

On December 15, 2020, the Federal Government declared that after December 30, 2020, all SIMs that were not registered with valid NINs on the network of telecommunications companies would be blocked.

It later extended the December 30, 2020 deadline following widespread opposition against the earlier announcement and gave three weeks’ extension for subscribers with NIN from December 30, 2020 to January 19, 2021.

It also gave six weeks’ extension for subscribers without NIN from December 30, 2020 to February 9, 2021, but many organisations had called for further deadline extension or outright suspension of the NIN registration process due to the large crowds who had yet to have their NINs.