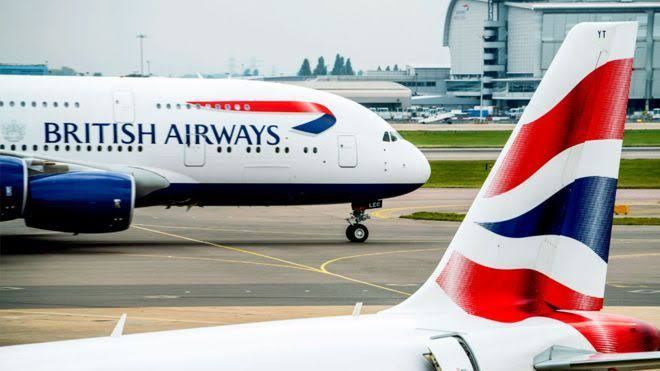 A Nigerian passenger of the British Airways has lamented his ordeal with the airline, after they allegedly abandoned passengers destined for Lagos in Accra.

Recall that air travel was grounded to a halt last week as harmattan hazy blurred air-to-ground visibility at airports nationwide.

While domestic carriers were delayed on the ramp for hours, their international counterparts had to divert Lagos-bound flights to Accra, Lome and Abuja airports over sub-optimal Instrument Landing Systems (ILSs) at the Murtala Muhammed International Airport (MMIA).

Just yesterday, a score of passengers arrived Lagos from Accra, Ghana, were they had been ferried and allegedly abandoned by British Airways since last week.

Narrating how British Airways had abandoned he and other passengers in Accra, Mr Akintunde told the Guardian that the airline “dumped us in Ghana, and told us to find our way to Lagos.”

Akintunde, in his 70s, said it was bad that the Lagos airport system failed when it mattered most, but it was worst that “the British Airways did what it always does to Nigerians.”

He continued, “It is sad that in many years of our lives, our government has not deemed it fit to demand a certain standard of service from these airlines. British Airways has been the worse for treating Nigerians with disdain since the 80s. It is very depressing to see them doing the same to date,” he said.

The airline in a memo sent to stranded passengers, had apologised for the disruption to the flight services. It informed the passengers of inability to continue the flight to Lagos after two days of efforts, and advised them to make their own travel arrangements to Lagos.