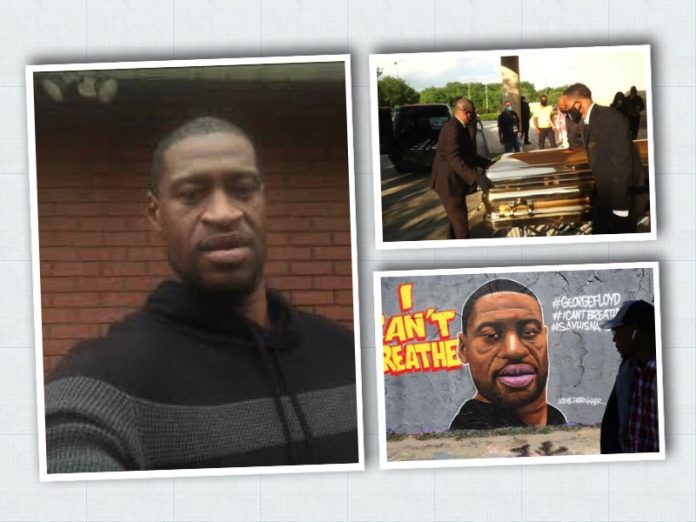 Nigerians in Diaspora Commission (NiDCOM) and the National Council for Arts and Culture have condemned police brutality, and racial discrimination against Africans in the diaspora, in light of the murder of George Floyd by a Minneapolis police officer in the United States.

Mr Floyd’s death has sparked a global wave of activism that has spread to more than 50 countries, including Nigeria and 16 other African countries.

During a memorial service for Mr Floyd held on Wednesday in Abuja, the duo of NiDCOM Chairman, Abike Dabiri-Erewa, and the Director-General, NCAC, Olusegun Runsewe, called for justice for Mr Flyod and other blacks (especially Nigerians who are the largest African ethnic group in the U.S.) against racial discrimination and police brutality.

“This gathering is against violence, brutality and racial discrimination. We call for respect and dignity for all races. Never again should we be made to witness what we saw on the streets of Minneapolis, the slow murder of an individual by a uniformed police officer,” Mrs Dabiri-Erewa said.
According to Mr Runsewe who is also the president World Council of Arts, African Region, African culture has great respect for the sanctity of human life and detests violence.
“This is why we are joining the Nigerians in the Diaspora Commission to ask for justice for Late George Floyd and to propagate the message of peace all over the world.
“We believe that all men are created equal and have inalienable rights among which are rights to life, liberty and pursuit of happiness,” he said.
Mrs Dabiri-Erewa said it was time for Nigerians and Africans in diaspora to reconnect with their home and the black continent, adding that it is not a bed of roses “but it is home where they will be overwhelmed with love and the spirit of togetherness.”
She added that tracing their African roots would be symbolic for them as they would be received as “kings and queens” on the African continent, following the slavery experience.

NEMA to resume distribution of relief materials to flood victims

Boris Johnson gets motorbike for Christmas from Carrie Symonds