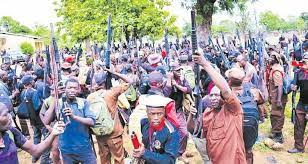 The Niger State Government has commissioned a special security squad to ensure the safe return of the pupils abducted on May 30 from Islamic school – the Tegina Islamiyyah School.

The squad made up of combined security personnel was immediately deployed in Rafi Local Government Area, the statement said.

The pupils’ abduction was confirmed by the police and some residents of Tegina, in Rafi Local Government Area of the state.

At the inauguration, the governor said the time had come for the state government to take decisive action once and for all, to end banditry in the state.

He said: “We will give you all the necessary support to enable you to implement all your security strategies to ensure safe return of our abducted children and others, if any.”

The governor informed the squad members that logistics had been provided for them, promising that their allowances and other financial benefits would always be provided as and when due.

Soldiers get day off today