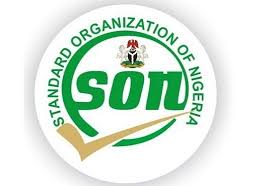 The new Director-General Standard Organisation of Nigeria (SON), Farouk Salim, has said changes are imminent in the agency’s operation.

He made this assurance during his take-over from Osita Aboloma in Abuja, where he noted hat this role of standard includes import and export as well as creating an enabling environment that would stimulate national self-sufficiency.

Farouk said there will be restructuring, quality assurance and project management in driving the relevance of SON in national socio-economic development further.

Salim emphasized his desire to strengthen enforcement through increased cooperation with the relevant authorities like the Police and the Judiciary, work more closely with the National Assembly and the Executive arm of government to update regulations and penalties as well as lobby for improved budgetary allocations for needed improvements and staff welfare.

Must read: Abba Kyari, not Buhari, approved our ban – Shiites